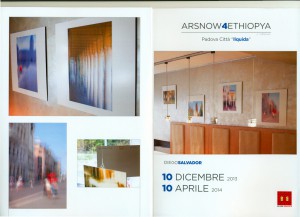 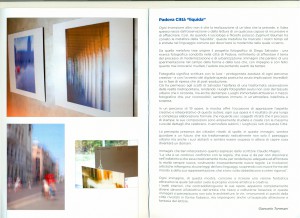 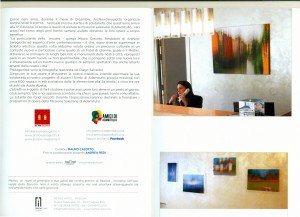 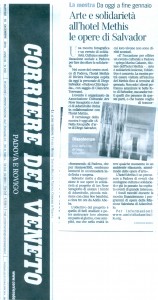 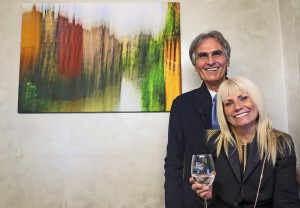 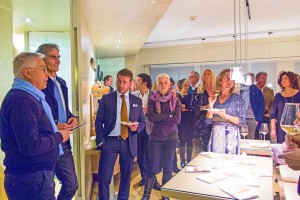 A photographic exhibition and an event of solidarity. Culture and social awareness in Padua for boosting solidarity.
In the heart of the historic center of Padua , the hotel Methis Riviera Paleocapa hosts today the solo show of Diego Salvador , ” Padua liquid City ,” with essay by Giancarlo Torresani .
The event is organized by the Cultural Association Ars Now Seragiotto and friends Adamitullo Onlus in collaboration with the hotel Methis .
The vernissage of the exhibition is at 6 p.m. today . In the photographs of art by Diego Salvador , fragments of Padua , which, although recognizable , seem immersed in an atmosphere indefinitely suspended .
Salvador offers his works in solidarity with the project of Ars Now Seragiotto to help the children of Adamitullo , small mission with about 600 kids , about 3 hours from Addis Ababa.
The goal of the project is to give them the opportunity to study and to provide them with at least one meal per day , simple things , but in the environment where they live such rights are not granted. “It ‘ is an opportunity to offer a cultural event in Padova – explains Marisa Galante, owner of the hotel Methis -. Arts and solidarity with, concrete objective. Exhibition can be visited within the Methis until the end of January. not only the customers could admire the beautiful photos of Salvador, but also all people who will pass by these parts, or who want to spend some time in a relaxing, admiring the works of art “. The Hotel Methis is a precursor in Padua of events that combine culture and solidarity and in the past has hosted events of great interest. The funds raised during the exhibition will fund the programs of work of the Salesian Mission of Adamitullo. For more information: www.amicidiadamitullo.org.

Each invention is none other than the embodiment of an idea that precedes it, and the idea often arises from the observation or by reading something capable of intrigue and fascinate. Thus, from the time when the polish sociologist and philosopher Zygmunt Bauman has coined the metaphor of the “liquidity”, this metaphor has marked our times and entered into the common language to describe the modernity in which we live.

This metaphor is the source of the photographic project of Diego Salvador : a photographic research conducted in the city of Padua , with the purpose to deal with the theme of the process of modernization and urbanization. Images that talk of an experimentation in the field of the form and the light that, with commitment and happy as ever innovative results, the author has been pursuing for some time.

Photography means writing with light – protagonist of every creative path – and with the advent of the digital this practice has had incredible implications both in the phase of shooting and post- production.
This gave the shots of Salvador the epiphany of a transformed observation of the metropolitan reality, making the places photographed distinct not only from urban fabric that surrounds them, but also from the time. Places immortalized through the photographic medium that, while recognizable, seem to be immersed in an atmosphere indefinite and suspended.

In a path of 19 works , the exhibition offers an opportunity to appreciate the creative and interpretative aspect of this author; each of his works is the result of a lengthy and complex formal elaboration that concerns both the portrayed subjects and the printing process; his compositions are widely studied and created with the utmost care of the details that are celebrating, in sublime atmospheres, the most popular places in this city.

The perceived presence of people portrayed at the back, in these images, it seems to look to a future that is radically transforming not only the urban landscape but also its inhabitants and seems to be suspended waiting to understand what it will be tomorrow.

Images that well interpret what expressed by Claudio Magris :
“Life is a continuous confrontation with the rule, which it gives for not dissolve in the indistinct and that it creatively changes, to make the rule more appropriate to deal with the new reality, constantly building new rules . The artistic revolutions violate certain laws of their own languages, thus discovering new forms of the world and its representation, which in turn are governed by strict criteria”.

Each image, in this show, contributes to recreate a great view through which Salvador reveals its artistic and creative vision.
The interior features that characterize his works , appear to be completely different in front of the lens of the artist who is able to capture the essence; in these images it can be perceived not only architectures, the roads, the monuments and the parks of the city revisited in fairy tale form, but also they require a desired attention and imagination of the reader.